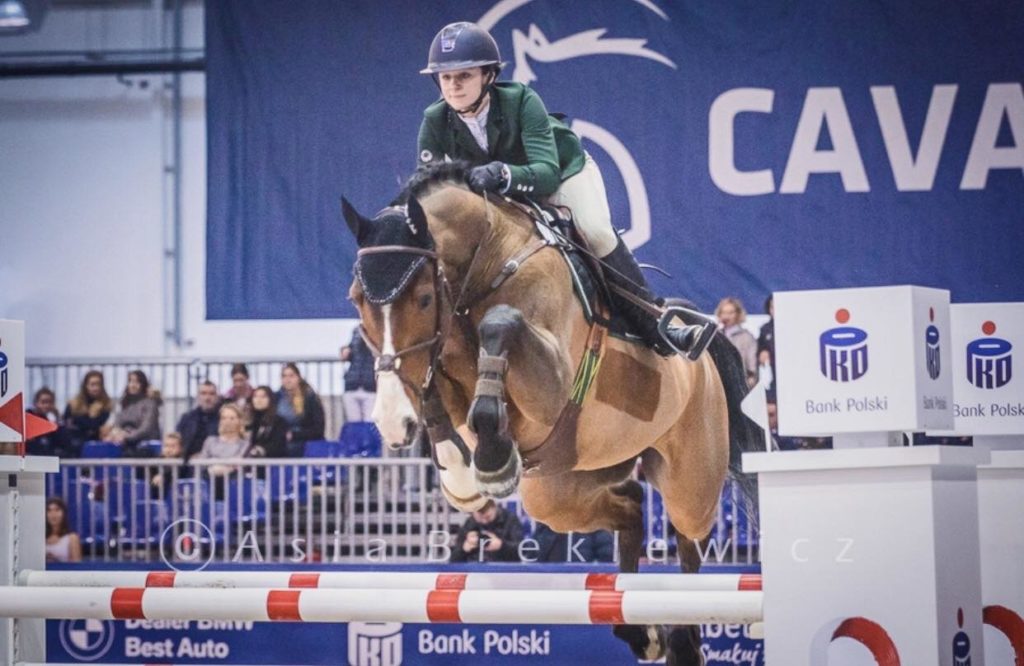 We started the show season in 2019 from Cavaliada Lublin, I took Casanova, Annchen, Pompeia and Clint Pleasure there with me. I was in Lublin for the first time, but as you know on Cavaliada I have already competed many times, that's why despite the other city from the begining I could feel a familiar atmosphere and see familiar faces.

After unpacking in the stable, we gave the horses time to relax when we went to explore the arena and whole facility. From the beginning, the weather was not great, because it was raining and snowing all the time. Luckily I had a stable very close to the warm up arena, so we did not have to go far, and the organizers organized blowers to the stable what gave comfort to horses. The warm up in Lublin is very compact, close to the main arena and the mall, a few steps away, all surrounded by grandstands. You will see the rest, because I have prepared a video for you on YouTube for you. Link and video can be found below.

It was our stable:

On Wednesday after arrival, all the horses were stuck out of the boxes for light training before the waiting days of starts, and then there was a vet check, which each of them passed without a problem.

Pompeia started on Thursday in the Medium Round competition. From the beginning she was very brave, despite the fact that it was her first such a large show. Later, they took off a much more experienced Casanova and Annchen competed in the Big Round competition, in which Ania took the 5th place. These competitions for us started really lucky! I could present a navy show jacket of crystal collection.

We also started Friday quite early in the morning, because the Medium Round competition was already at 8 am. This time Pompeia was the first to compete and she was clear in both phases. Annchen also competed in the same competition. Koras was waiting for Longines Ranking class, he did a great job. That day I was wearing the Green Crystal show jacket.

Clint Pleasure, took part in the Venus vs Mars competition.

That Saturday was also supposed to belong to those full of entertainment and good fun. Annchen took the 5th place again, this time in the Middle Round Final.

In the evening I took part in some kind of "pony games". It was a team  competition and I was competing with Matylda Szrajer, Zofia Ćwik in my team.

It was day the most important show for us and the first in this year Grand Prix for Casanova. He was in the really good shape and from the first jump, I pole. We finished clear and fourth in the Grand Prix. Is a very good result for the beginning and I hope that the next competition will be equally successful.

As usual during the Cavaliada Tour it was great. Although it is a little bit smaller in Lublin than in Poznań, Lublin certainly makes up for it with its atmosphere and a unique audience. I could see the work of volunteers and the heart they put into the show. It is noticeable that this show was created by people with a great passion for what they do. The work for the sport, it is just visible.

I would like to thank all those who followed our results and kept their fingers crossed. Your support is invaluable, and the fact that you believe in us makes me smile.

I invite you also to my store and remind you that all the items available online dalialehmann.com

Thank you for supporting Devoucoux, Winderen, Hippovet and my entire Design By Dalia team.

Feeding and supplements- Hippolyt and Brandon

up
Shop is in view mode
View full version of the site
Sklep internetowy Shoplo.pl